They also look for out-of-stock items, missing labels, and items that may have been put in the wrong places by customers. Any time an error is flagged or low stock detected, the robot will alert a human employee to come and fix the problem, or to simply re-stock the shelf. According to Bossa Nova Co-Founder and Chief Business Officer Martin Hitch, the robots work three times faster than humans and can be up to twice as accurate.

The bots are designed not to replace a human workforce but instead free up employees' time so they can be of more help to customers and keep inventory fresh. "This has largely been about how we improve our performance and improve our service to our customers," John Crecelius, Walmart's Vice President of Innovation, told Business Insider.

Following the success of the Walmart program, Bossa Nova Robotics is now preparing to take its technology even further. In June, it was announced that the San Francisco-based start-up raised an additional $29 million in venture funding, bringing its total raised to $70 million. It has also struck up a manufacturing partnership with Flex in order to accelerate production, and is adapting its systems so the robots can work for a range of different retailers aside from Walmart.

According to Hitch, Boss Nova robots are perfectly placed to help retailers that deal with a high daily turnover of inventory, such as grocery stores, pet supply stores, and big box retailers. He says the new capital raised will go towards hiring, international expansion, and further software research and development.

"The hires that we'll make as a result of this funding are all software hires, and that's really to focus on the data. So we certainly see our business model as 'How do we extract more value from rich data?' rather than 'How do we build different robots to accomplish different tasks?'" said Hitch. 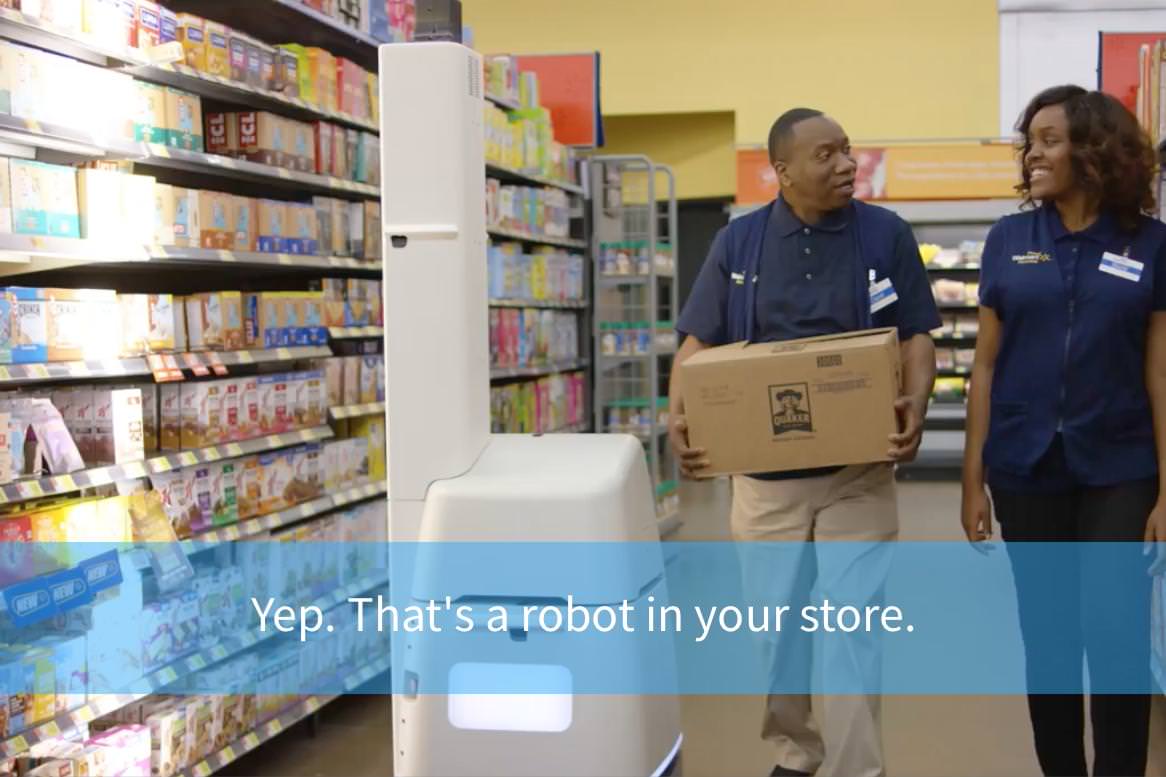 The bots move around at just 0.4 miles per hour - or 20 centimeters a second - and are programmed so that they operate at times of the day when it is less likely that customers will be present. They are also equipped with sensors, which can detect objects in their path so as to avoid colliding with anyone (or anything) and causing injury.

When customers are close by, the robots will either plot a course around them, or simply stop and then move off in another direction. If they ever find themselves stuck, they can call on a human operator for assistance. Though perhaps the most exciting part of the technology is giving robots the ability to provide regular inventory updates to store employees, navigating aisles accurately without causing a health and safety hazard is no less important - and was no less of a development challenge, either.

Hitch explains that in early trials, the robots travelled more than 7,000 miles in order to learn how to maneuver safely through stores. Unlike traffic that must be navigated safely on the roads by self-driving cars, shoppers, he said, can in fact be less predictable, move sporadically, suddenly stop to look at something on a shelf, and frequently change direction.

"How many times have you walked down the shopping aisle and then changed your mind and U-turned and gone the other way?" Hitch said. "These are things we do all the time in a shopping environment, and we don't make any signal that we're going to do it. I don't want to trivialize what self-driving cars have to solve, because that's incredibly challenging, but there are at least some rules on the road that 90 percent of people follow."

Walmart is continuing its trial with the robots, and is considering testing them out in more stores. According to Crecelius, they are a hit with employees, who see the bots as additional members of the team, with some even being given name tags to wear.

For President and Chief Executive Officer at Bossa Nova Robotics Bruce McWilliams, grocery store robots are the next step in the future of in-store retail. "The global retail industry is at a critical inflection point," he said. "Today's retail powerhouses require accurate, real-time product information to create a seamless omnichannel shopping experience expected by all customers. Bossa Nova's technology gives retailers a data-rich and dynamic foundation to transform their store operations."

Robotics and automation are set to be hot topics at Future Stores 2019, taking place in February at the JW Marriott Miami, FL.