Here's How Starbucks is Roasting the Competition by... Closing its eStore? 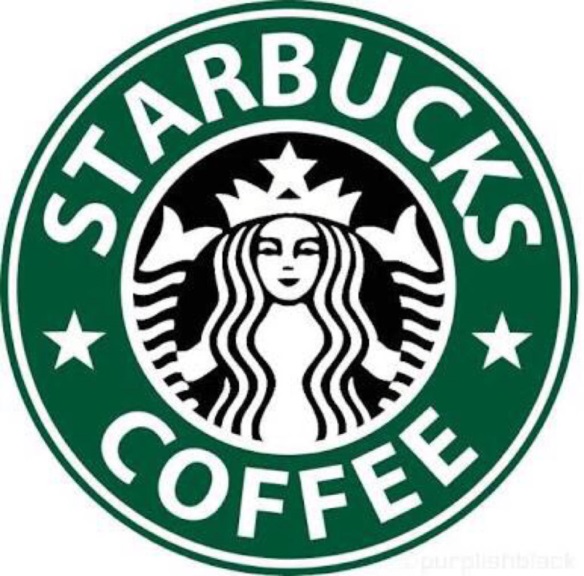 It's no secret among anyone even vaguely connected to the retail space: ecommerce is one of the most dominant forces in the market. While many big brands are still coming up with great new innovations to enhance the in-store experience for their customers, a far greater focus in recent times has been on coming up with new ways to serve consumers online.

And so it might have come as somewhat of a surprise to many when Seattle-based coffee powerhouse Starbucks announced its intention to shut down its online store earlier this year. The store provided customers with a convenient location from which they could purchase Starbucks coffee, branded mugs, espresso machines, cafetieres, and other brewing equipment. 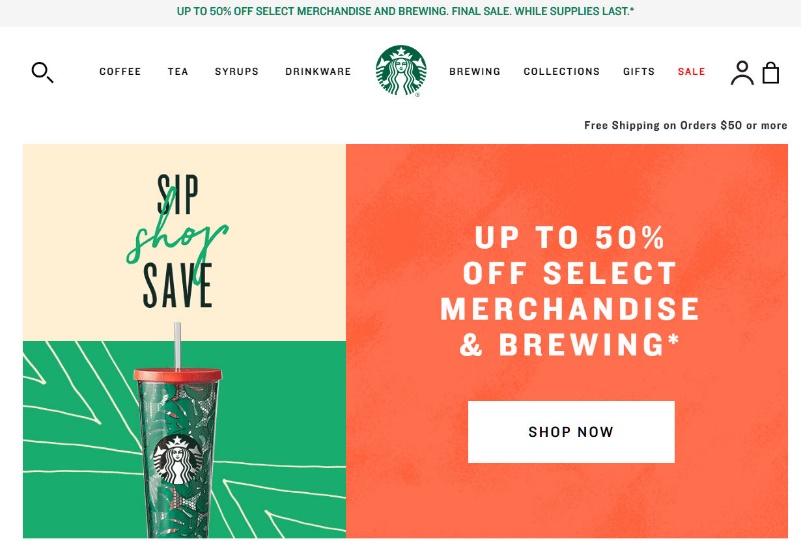 But in August, Starbucks announced a huge sale to clear as much stock as possible ahead of the closing date at the end of September. "You can purchase your favorite coffee and Starbucks merchandise in your local Starbucks," the company wrote on an FAQ page about the closing. "We cannot guarantee availability of any one product in stores, but we know you will find many choices to enjoy."

While the move may have left some in the industry scratching their heads, it does make sense. Starbucks products will still be available in brick-and-mortar locations, meaning dedicated customers won't go without. And, while its freshly prepared hot drinks are incredibly popular, it must be noted that Starbucks' other merchandise makes up only a fraction of its overall revenue.

Revenue distribution of Starbucks from 2009 to 2016, by product type (in billion U.S. dollars) 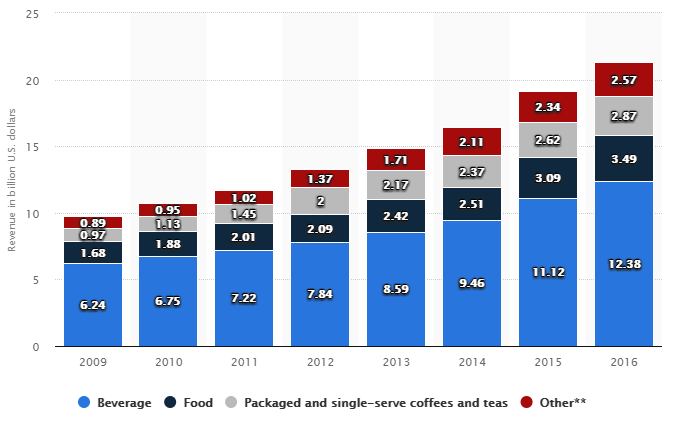 ** Merchandise and other non-consumable products

Given the figures, it certainly makes sense for Starbucks to redirect resources being spent on its online store into other, more lucrative endeavors. Company spokeswoman, Maggie Jantzen said, "We're continuing to invest in amplifying Starbucks as a must-visit destination and are looking across our portfolio to make disciplined, thoughtful decisions."

While its online store is now a thing of the past, customers mustn't think Starbucks is abandoning the digital space altogether. It's "Order and Go" mobile service is being expanded into a "Digital Flywheel" which will provide innovative new ways for Starbucks customers to engage with the brand.

While Order and Go is indeed popular, Starbucks noticed that customers using the service were generally spending less than those who weren't - probably due to not having to slowly march past the counters full of tempting cakes and other treats while they queue. And so the Digital Flywheel strategy emerged - instead of simply offering a way for busy customers to skip the queue, the Digital Flywheel provides suggestions based on the offers of the day and previous purchases, as well as an integrated reward scheme. 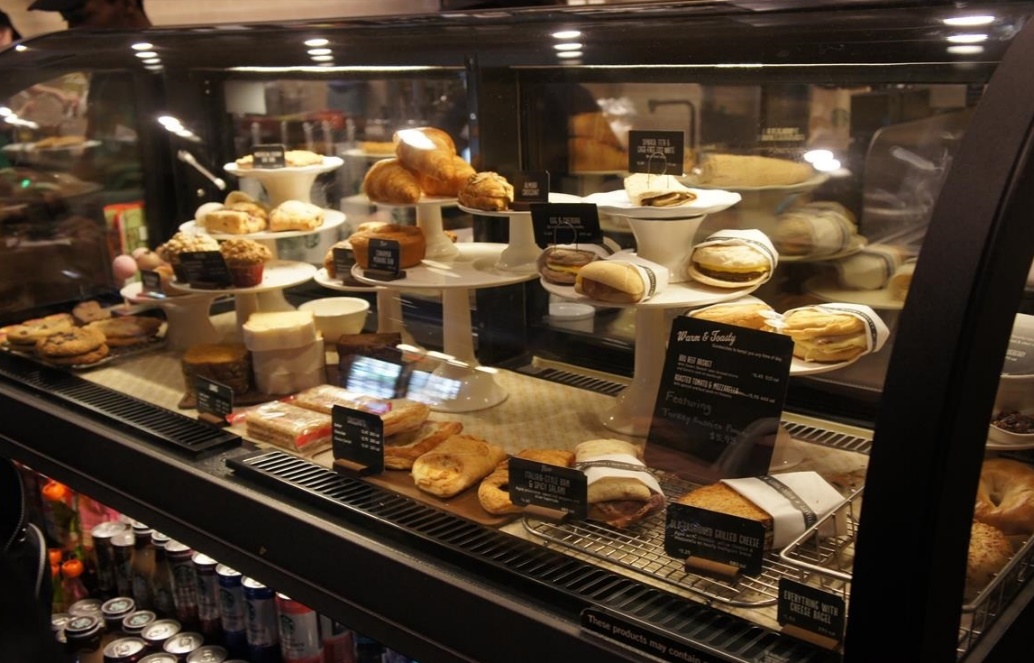 On top of the Digital Flywheel innovation, Starbucks is also keen not to ignore their less digital-savvy clientele. While Order and Go has had the desired effect of reducing the queuing time for customers using the service, it has had the inverse effect on those who don't. As a result, Starbucks has been experimenting with specific locations - with future potential for drive-thru options - for Order and Go customers to collect their pre-ordered drinks, freeing up its cafes for other customers.

Initial testing is being carried out at one of the two Starbucks outlets at the company's own headquarters in Seattle - with hopes to roll it out nationwide and internationally in the future. "An early experiment, this first of its kind experience will be tailored specifically for convenience and we expect to learn from this location," wrote Andy Adams, Senior Vice President, Global Store Development, Starbucks.

"The Willy Wonka of Coffee"

However, one of the more interesting new developments to come from Starbucks can be found a short walk from its Seattle headquarters. Starbucks has worked with top designers, architects, and craftspeople to create a unique visitor center - The Roastery.

Inspired by British author Roald Dahl's eccentric confectioner Willy Wonka and his marvelous Chocolate Factory, Starbucks wanted to create a location where coffee enthusiasts could come and experience the entire coffee making process from start to finish - in a truly opulent and surreal environment.

With unique reserve coffees being roasted and prepared daily, plus a slew of exclusive merchandise on offer, customers can explore this beautiful and one-of-a-kind location at their leisure - before sampling the delicious brews for themselves in the fully-equipped and luxurious coffee shop on-site.

With a second location already rolling-out in Chicago, and plans in place for another 20-30 to be opened globally, Starbucks' luxurious Roasteries may soon become the template for the coffee shop of the future.

"In addition to elevating the Starbucks brand and customer experience, our Seattle Roastery has also become a working laboratory for innovation that is driving new product introductions and contributing to results across the entire Starbucks ecosystem."