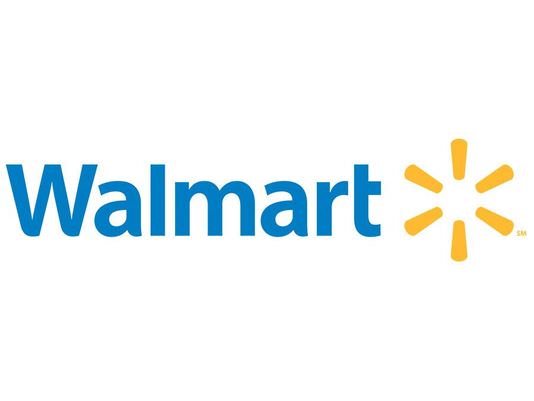 Driverless cars could be coming to a Walmart store near you. In fact, if you're in Chandler, Arizona, they already are.

The pilot program began in July out of one store in Chandler. Members of Waymo's Early Rider Program - an initiative involving 400 volunteers who ride in and give feedback about Waymo's self-driving cars (see video below) - can now order groceries from Walmart.com for in-store pickup, and be transported to and from the Chandler store in Waymo's self-driving Chrysler Pacifica vans.

Customers don't even need to get out of the vehicle when using the service. Walmart employees simply bring their grocery order right out to the van curbside, and the vehicle then whizzes them straight back home.

"We're always thinking of ways we can serve our customers now and into the future," said Tom Ward, Vice President Digital Operations, Online Grocery and Last Mile at Walmart, in a post for the Walmart Today blog. "And we're looking at different technology and capabilities that keep customers loving the time-saving, wallet-saving service that is Online Grocery for years to come. So, enter a small pilot project we're running with Waymo, formerly known as Google's self-driving car project."

A New Level of Pickup Convenience

While the public remains largely nervous about driverless technology - an annual poll of consumers' trust in self-driving cars conducted by AAA in May revealed 73% of Americans fear autonomous technology, up from 63% in 2017 - Arizona has been an enthusiastic supporter, with lawmakers welcoming both technology and automotive companies to experiment.

Industry experts believe that if the public had more experience with self-driving cars, then acceptance would be boosted - which seems to be one of the key aims of Waymo's Walmart project. As Akshay Anand, Senior Manager, Analytics and Insights at Kelley Blue Book and Autotrader.com, puts it: "Consumers who have experiences with autonomous technology are much more open to fully autonomous vehicles. [...] The Walmart partnership is probably more important because it's nonautomotive. To consumers, it's a real-world example of a place that you could actually use Waymo's cars. [...] It's about awareness and getting people to have that autonomous experience, even if it is a short ride."

In a blog post, Waymo says that members of its Early Riders Program typically use self-driving cars to run small errands like school runs, going to restaurants, travelling to and from work, and shopping at retail locations - making the Walmart partnership a natural fit for Waymo's gradual expansion and efforts to earn public trust.

For Walmart, it's all about giving customers an extra level of convenience. "Those in the pilot simply place an Online Grocery Pickup order at walmart.com/grocery," said Ward. "Our personal shoppers get to work meticulously picking customers' orders based on their pickup times. Waymo does the rest. They transport customers to and from pickup, and all the while, those customers can text, nap, work... you name it." 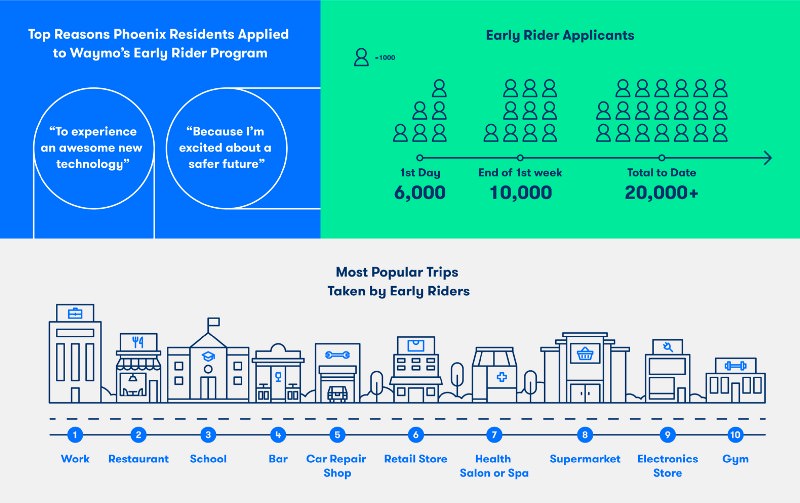 While it's still the very early days for the Walmart/Waymo pilot program - and for retailers' exploration into driverless technology in general - there is every reason to believe that using self-driving cars to help shoppers get to stores could be a success. Not everyone owns their own car, and offering the Waymo option could be an exciting addition to taxis, ride-sharing services, buses, trains, and other public transportation - particularly if it's free.

What's more, bags full of groceries can be heavy, bulky, and difficult to transport if a shopper is using any of the usual services - so sending a private, self-driving car that takes them straight to the store and back again will almost certainly be an attractive option.

However, whether Walmart will pursue the program and attempt to roll it out beyond a single store and a handful of customers remains unclear. Could this really be the future of online shopping and self-driving cars? Maybe - and if it is, Walmart clearly wants to be the trailblazer. For now, though, the Waymo pilot is an experiment to find out if the concept has potential.

"The purpose of all of this: to learn," says Ward. "While giving customers a unique experience with amazing technology, we're learning how we can make Walmart Online Grocery Pickup even more convenient. Waymo's experience, industry leading technology and mission on safety is helping us enter this space in the right way. We're excited to see what this pilot and the future hold."

Innovative ordering and pickup options are set to be a hot topic at Future Stores Miami 2019, taking place in February at the JW Marriott Miami, Florida.