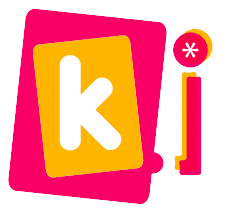 Beacon technology is showing great promise in retail, and Indian startup Kaching has some great ideas for applying it to the restaurant industry.

The tech behind beacons has been getting people excited since Apple introduced iBeacons back in 2013. Beacon technology uses low energy Bluetooth connections in mobile devices to alert users when they approach or leave a location. In retail, this technology can be used to beam a special offer to a consumer's device as they walk past a store with the hope of tempting them in. In a similar fashion, beacons are also used in trade show booths, corporate lobbies, and even sporting events. Put simply, they're a way of capturing people's attention and making them aware of your brand without direct interaction.

The beacon technology (or proximity marketing to give it the appropriate title) market worth is expected to grow by 29.8% over the next four years to hit $52.46 billion by 2022.

It was partly the opportunity presented by beacons which inspired budding entrepreneur and Kaching founder Shiv Shankar Ganesh to drop out of college and pursue his business ambitions.

His first idea was to create radio towers which would broadcast localized advertising into the FM radios in passing cars. However, the licensing and logistics of this idea proved to be a non-starter, after which Ganesh set his sights on beacons.

The idea to apply beacon tech to the restaurant industry came to him when eating out with friends. Ganesh would often negotiate with the restaurant manager for a discount in exchange for helping promote the business on his busy social media accounts. The manager would normally agree.

This led Ganesh to realize that there were discounts to be had at many restaurants, even if the public weren't aware of it. All they had to do was ask for them in the right way, and they could save money on their dining experiences.

The result of Ganesh's ideas is a smartphone app which uses beacon technology to deliver deals and discounts to hungry consumers. Unlike other discount apps of its kind, Kaching doesn't use QR codes, coupons, or even require an internet connection to work.

When a vendor signs up with Kaching, it receives the beacon technology to install in its restaurant. Then, when a customer enters who has the Kaching app installed and their Bluetooth turned on, the beacon will make them aware of the discounts and deals available at that location. The customer then simply selects one and shows it to the waiting staff to receive the deal.

The service is designed to take the awkwardness out of asking for a discount, as Ganesh appreciates not everyone is as confident as he is when approaching people for such things.

As a new startup, the company had issues getting restaurants to sign up in the beginning. However, once Ganesh had managed to convince a large hotel and two American fast food brands to adopt the technology, it was much easier to get other businesses on board. Kaching now has around 350 Chennai restaurants on its books, with 75,000 downloads of the app.

"Users in the 16-35 age group are our target audience," said Ganesh. "They are the ones who eat out a lot, go in groups and do not mind spending money. They are also looking for good bargains. This is also good for the restaurants and cafes. We do about 1,000-1,500 users a day. They all go in a group and eat. When I say 1,500 are using Kaching daily, it means we are sending close to about 5,000 people to restaurants and bars in the city for free."

Ganesh expects this number to rise in the future. It's estimated that around 150,000 people eat out every day in Chennai, meaning Kaching has plenty of room to grow. 75% of US retailers are already using beacons in their marketing efforts and have witnessed a 9% profit increase and a 175% return on investment.

"We can scale 100x within just the dining out community. All of them have smartphones, they all spend hundreds of rupees per meal. It is a great way for them to tap that audience, great way for us to help them explore new places," added Ganesh.

Beacon technology represents a great opportunity for retailers, and it's fantastic to see small startups like Kaching finding ways to apply it to new markets and industries. The technology is only going to become more ubiquitous as time goes on, so it'll be exciting to see what innovative new applications will come around in the future.

Beacon technology is set to be a hot topic at Future Stores East 2019 taking place in February at the JW Marriott Miami, FL.